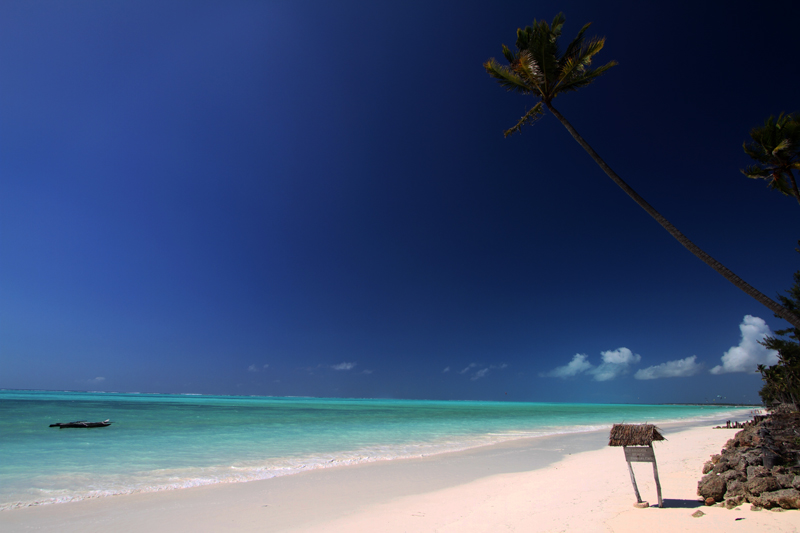 Give Dar es Salaam some time and you’ll probably fall in love with it. A lively waterfront city that blends African, Indian and Arab influences to create a unique urban culture, Dar has sprawled chaotically in all directions in recent decades, but still has plenty of charm.

With a city centre sprinkled with attractive colonial buildings, streets lined with bougainvillea and a plethora of palm-fringed beaches, Dar has a laidback feel that makes it hard to believe that the population is now over four million.

Despite being located on a coast with centuries of urban history, Dar es Salaam’s story is relatively short: when the Omani Sultan of nearby Zanzibar started building a new city here in 1865, the existing town was little more than a fishing village. Given a grand Arabic name (Dar es Salaam means “haven of peace”), the city later became the capital of the nascent country of Tanganyika (now Tanzania), firstly under the Germans and then under the British.

Today, the city centre (referred to locally as ‘Town’) may have sprouted many steel and glass towers, but it also has many early 20th century art deco buildings.

Add to this a fringe of beaches, with their bars, palm trees and the occasional old sailing boats gliding past, and a lot of its old-world charm still remains among the chaos of a decidedly modern city.

While most non-business visitors only tend to stop briefly en route to Mount Kilimanjaro, the Serengeti or Zanzibar, there’s enough on offer to make it worth lingering.

The clean, sandy island beaches at Bagamoyo and Mbudya are superb, while just inland, the Pugu Hills Forest Reserve offer a remarkably pristine tropical forest landscape for a site so close to a major metropolis.

If the way to a man’s heart is through its food, Dar es Salaam’s fine varied restaurants (and decent music scene) will net a few more love-struck travellers yet.

The city large and elegant, its buildings, As typical along the coast, Constructed of stones and coral rag. Houses were generally single storied, consisting of a number of small rooms separated by thick walls supporting heavy stone roofing slabs laid across mangrove poles.
Some of the more formidable structures contained second and third stories, and many were embellished with cut stone decorative borders framing the entranceway. Tapestries and ornamental niches covered the walls and the floors were carpeted. Of course, such appointments were only for the wealthy; the poorer classes occupied the timeless mud and straw huts of Africa, Their robs a simple loincloth, their dinner millet porridge”.

By late 15th Century AD, Kilwa’s fortunes changed. Portuguese conquered the island after one of their explorer “Pedro Alvares Cabral” visited Kilwa and reported seeing beautiful houses made of coral stones and terraces of “black moors” as Vasco da Gama called it when he past the island. In 1505 Portuguese established full control of the island with intention of taking absolute control of the lucrative Indian Ocean trade. They built a garrison and establish a strong trading post with Sofara (Beira in present days).

Today Kilwa has managed to preserve much of the scenery that attracted Ibn Batuta, Pedro Alvares Cabral, and Vasco da Gama. To preserve its beauty UNESCO declared Kilwa a World Heritage Site in 1981.

The island is separated from the mainland by a 3 kilometers wide channels. The visitors should expect to see medieval ruins:

Bagamoyo was recently designated as Tanzania’s seventh world heritage site and is the oldest town in Tanzania. Bagamoyo’s history has been influenced by Arab and Indian traders, the German colonial government and Christian missionaries. Although Bagamoyo is no longer the busy port city that it once was, Tanzania’s Department of Antiquities is working to revitalize the town and maintain the dozens of ruins in and around Bagamoyo.

Bagamoyo was the major slave trading post in East Africa. Bagamoyo, which means ‘lay down your heart’ in  Swahili,   was   probably  given  this  name  because

Bagamoyo was the last place the slaves would stay in Tanzania before being shipped off to foreign lands. Although the slave trade officially ended in 1873, slaves continued to be sold and traded in Bagamoyo through the end of the nineteenth century.

During the slave trade, it was not uncommon to see hundreds of slaves walking through the streets of Bagamoyo chained together by the neck. Slaves were collected from the interior by capture, purchase or trade and then shipped to Zanzibar or Arab countries.

The reserve has the unique distinction of being East Africa’s only coastal wildlife sanctuary, providing the opportunity to observe Africa’s big game and bird life interacting with the sea. Saadani has a diverse population of mammals and birds, although many species are both scarce and scared compared to other parks which have received better protection in the past.

Of the big five, lion, leopard, elephant and buffalo are present, the rare Roosevelt sable is indigenous, whilst plains game such as giraffe, zebra, wildebeest, eland and hartebeest are more frequently seen in larger herds.The southern boundary is marked by the Wami River, which attracts fabulous bird life, large pods of hippo, massive crocodiles and the spectacular black and white Colobus monkey. Bottle-nosed dolphins are common off the Southern coast of the reserve, whales pass through the Zanzibar Channel in October and November, and there is a green turtle breeding beach at Madete in the North.

The Wami river offers probably the best boat safari in Tanzania and is a favourite with visitors to Saadani. The boat often passes flocks of flamingoes at the mouth of the estuary before entering the river with its abundant wildlife and profusion of bird life. Explored by foot the reserve is extremely rewarding and highlights how much game lives in close proximity to the beach. The unique experience of tracking giraffe through prime bush then emerging onto a pristine beach in a matter of a few paces is not easily forgotten. Improved road conditions within the reserve have made the prime game viewing areas more easily accessible and the wildlife is now becoming used to 4×4 vehicles on the game drives.

Saadani is in the unique position of providing the opportunity to observe Africa’s big game and bird life interacting with the sea. Foot safaris combining the bush and the beach, birdwatching by canoe on the Mafue river and game drives are all available from the lodge and a boat safari on the Wami river can be organised as part of a full day game drive. The nearby Madete Marine Reserve offers superb snorkeling and is a green turtle nesting site.

Pangani:The name Pangani is derived from the river that runs through northern part of this Historical Town flowing from the slopes of Mt. Kilimanjaro. Located about 50km South from Tanga, it is believed to have been established before the 6th Century BC and played an important role during the slave trade era. It was a trading port dealing mainly with ivory and slaves. Several historical sites in and around the town serve as reminders for the strong Arabic influence and the later German, British colonial era in Tanganyika.

looking for a quiet vacation and an experience of African culture untouched by modern tourism Pangani would be an answer to that.

Places of interest in Pangani

There is a waterfall at Pangani River that provides electricity for Tanga, Arusha, Moshi and Dar es Salaam. The river also has a number of birds and crocodiles.
Maziwi Island is a nature reserve which provides ground for snorkeling opportunity and dolphin tour.
A walking tour through the town allows one to see some of old buildings that are over 200 years old, as well as visits to a former slave labor camps and slave market site where arabs traded slaves to India and Arabia, the Freedom Grounds, Islamic and German graves, ancient mosques and traditional houses. One will also see the streets carpet makers, woodcarvers, basket weavers, painters and other artisans sell a wide variety of hand made cultural items.

Mafia Island is one of the five sleepy, tropical islands which are clustered together in the Indian Ocean, known as the Mafia Archipelago. They are a 35-minute flight from Dar es Salaam and, compared with Zanzibar, they are relatively little known – yet if you are seeking an undisturbed beach holiday, they are well worth considering.

On arriving at Mafia’s tiny airport (a grass runway, a windsock and a hut) it is clear that the pace of life is slow here. Sandy roads lead through the one-street capital of Kilindoni, then friendly farming and fishing villages.  At  the  coast  you’ll  find mangrove forests, a