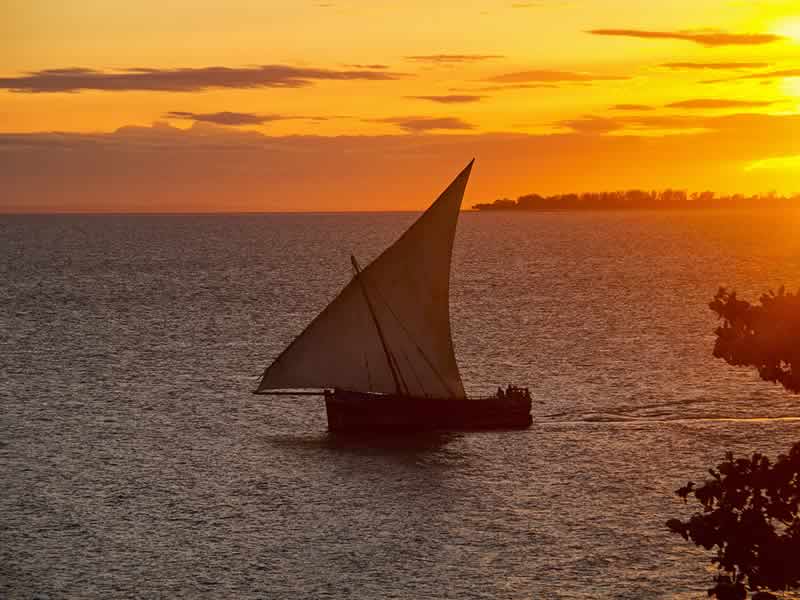 Kilwa Kisiwani was once the most famous trading post in East Africa.  In 9th century  the  Swahili wealth owner of the island sold it to a trader called Ali bin Al-Hasan, the founder of Shiraz Dynasty.

From 11th Century to early 15th Ali bin Al-Hasan managed to create a powerful city (Kilwa Kisiwani) and as major trading center along east African coast. He built a great mosque, established close trading links to interior of southern Africa as far as Nyasaland and Zimbabwe.

In this sense , Kilwa Kisiwani became the principle trading port on the Indian Ocean. Its wealth came from the exchange of gold and iron from Great Zimbabwe and other part of Southern Africa, ivory and slaves from mainland Tanzania  with textiles, Jewelry, porcelain and spices from Asia.

By the 13th Century Kilwa had become the most powerful city on the East African Coast, exercising political and trading  domination  as far as Pemba Island in the north and   Sofara (the modern Beira in Mozambique) in south . It is the  offshore location and the tidal currents that isolate the island from the mainland protected them from landslide attack.

The outside world came to know Kilwa through a Moroccan intellectual travel {Abu Abdullah Ibn Batuta} who had visited Kilwa in 1331, and the Portuguese sailors who visited the place about 170 years after Batuta, these travelers are credited with much of the Kilwa’s Written History:-  about the life, wealth and powerful trade control on East African Coast. When Abu Abdullah Ibn Batuta,  arrived at Kilwa, he was amazed with its beauty.